RULES OF THE  SPELLING COMPETITION

This competition is organized for students from grades 1 to 8 attending French language schools in the Southwestern Ontario region.

It will take place in 3 phases: eliminatory, semi-final and final

A list of words will be provided to applicants in advance (mid-April).

A draw will be made by the organizing committee of the competition in order to rank the candidates according to the order of passage for the eliminatory phase.

The candidate must spell the word successfully to proceed to the next step.

Round 1: Elimination phase by school level

The members of the jury ask the pupils in turn to spell a word from the list of words for the first round.

After the stopwatch starts, the participant says the word clearly and spells it out.

The candidate may request that the word be put in a context. In this case he must do so before he starts to spell the word.

The candidate will have a minimum of 15 seconds and a maximum of 20 seconds to spell the word.

If the candidate has started to spell the word but has not finished when the 20 seconds are up, the candidate will be sidelined and the word will be given to the next one. candidate to spell.

The participant has the right to stop in the middle of the spelling of a word if he or she hesitates, he or she can resume the spelling as long as it is done within the allotted 20s.

At the end of the elimination phase, five candidates per school level will be selected for the semi-final.

During the semi-final, we proceed level by level.

Words already used in the first round will no longer be used.

The running order of the candidates for this stage is drawn by lot immediately by the checking jury.

The spelling rules for this phase are as follows:

At the end of the process, 3 candidates per grade level will be qualified to participate in the final.

During this final, we will proceed level by level.

The order of performance of the candidates for this stage is drawn.

The judge reads the word in the context aloud and repeats the word to be spelled.

The spelling rules are the same as for the semi-final.

The candidate who makes the first spelling error is ranked 3rd and no longer continues the final. The final then continues with the other two finalists.

If two candidates make a spelling error, the finalist who has successfully spelled it is ranked 1st and another round (or more) is organized to decide between these two candidates.

NB The jury may use an unpublished list of words to decide between candidates in the three phases. 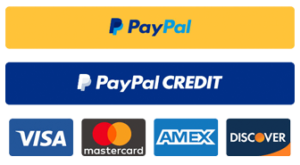